You’re dead tired so you head to your hotel room hoping to catch a good night’s sleep because you have an early morning meeting. You fall sound asleep and wake to the buzz of the alarm, sprint into the shower, and dress only to realize that it’s only 4:00 a.m., a couple of hours before your intended wake-up! The buzzer you heard was in the room next door.

A traveller’s worst nightmare is a bad night’s sleep caused by partying in the room next door,  or construction work going on outside. The JD Power Hotel Satisfaction Survey often rates noise as the #1 problem reported by guests.

The good news is a number of hotels are putting more effort into turning at least a few rooms into cocoons for their guests. “Soundproof rooms” is a fairly new concept adopted by some hotels. Some hotels apply the sound control techniques between floors, rooms, and hallways during construction. A few others rely on soundboard and insulation, although these techniques have become outdated. Most of them apply modern methods, including installing sound clips on the ceiling with resilient channels between drywall, two subfloors during framing, double walls between rooms, and triple pane windows.

Some of the best soundproof hotels in North America are:

Having a soothing sleep in a hotel can be a challenge and may seem impossible when it happens to be a busy area like Los Angeles. The Kimpton Everly Hotel is an exception because despite being perched on the busy 101 Freeway and just 200 meters from Hollywood’s Capitol Records Building, its interior space feels like a secluded heaven. It’s Hollywood’s first soundproof hotel, and keeps the outdoor noise at bay with soundproof glass-encased surroundings. The triple-pane windows also play a big role in offering sweat dreams.

Guests can enjoy several Hollywood icons such as the Hollywood Sign, Hollywood Hills, and downtown LA from a terrace. Use the complimentary bicycle service to discover the nearby attractions.

Located in Manhattan within a short walk of National September 11 Memorial, Roxy Hotel Tribeca is also close to other popular sights such as Brooklyn Bridge and the Empire State Building.

Standing along the city’s Magnificent Mile, this 5-star hotel is just minute’s distance from the beach and the Water Tower landmark.

A night in this hotel will give you some respite from the busy city scene because all of it’s 198 rooms are soundproofed . The walls and windows buffer the sounds in the hallway and adjacent rooms.

The hotel has many facilities including a spa, indoor pool, free wi-fi, flat screen TV, premium concierge service, and more. Give your hungry tummy a treat with classic American cuisine featuring international twists at the famous NoMI Kitchen.

The Salem Waterfront Hotel is Salem’s latest boutique accommodation, with the largest rooms on the north shore, located right on Salem Harbor. It has soundproof rooms so you don’t hear the sound from the room next door or the hallway. The management paid special attention during construction of the building. The walls were made in a special way that softens the noises between rooms and the hallways. You should have a restful sleep and a relaxing time when staying at this hotel.

When you are not sleeping, enjoy classic and American fusion dishes at the on-site restaurant, head to the fitness center, or soak in the heated indoor swimming pool.

Located within the Vancouver International Airport, this hotel is a top choice for premium services, breathtaking views of the surrounding mountains, and a quiet stay. It has four categories of rooms and among them, Fairmont Rooms and Deluxe Rooms offer the soundproof service.

These luxurious rooms offer quiet outdoor views through the floor-to-ceiling soundproof windows and walls. The living space is super comfortable for everyone – couples, small families, and individuals.

The Ibis Styles Mexico Zona Rosa could be your next choice if you are looking for a quiet hotel during your Mexico trip. It has 79 soundproof rooms equipped with all the modern features.

Another great feature of this hotel is its location in the vibrant Zona Rosa neighborhood that’is famous for shopping and nightlife. The hotel is surrounded by restaurants, bars, shopping malls, and museums.

Let us know your experiences with hotel noise and your opinion on the quietest hotels in North America!

One thought on “5 of the Quietest Hotels in North America” 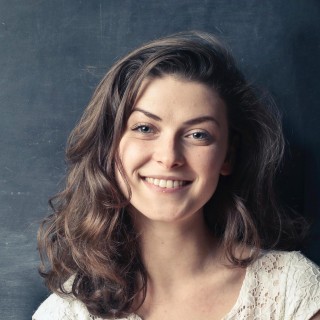 Professional writer that loves to travel. I write on politics, food and travel. I love to share my travel experience with all my friends.